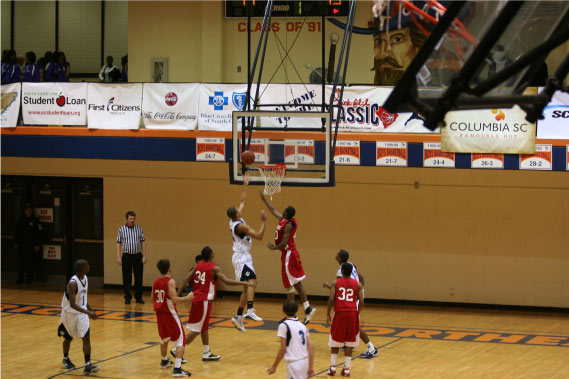 All games will be played at Richland Northeast High School located at 7500 Brookfield Road in Columbia, SC. Tickets to the event are $12 for reserved floor seating, $8 for general admission and $4 for children 11 and under. Ticket books (good for all games) for both reserved seating & general admission-adult may be purchased in advance. For advance sales ticket information, visit chick-fil-aclassic.com and click on the "Tickets" link. Individual daily tickets can be purchased at the gymnasium ticket booth the day of the tournament, beginning one hour before the first scheduled game of the day.

For more information on the game schedule, ticket information, brackets and participating teams, visit the tournament website at chick-fil-aclassic.com.

Credentials for the 2010 Chick-fil-A Classic are issued for working media only and should be requested as soon as possible due to space limitations. There are limited game-viewing tables courtside and upstairs. Accredited working media will have first priority for credentials and table seating. All others will be on a space-available basis. Press Books will be available for approved working media at the pass gate table during tournament hours while supplies last.

Note:
The deadline for credential requests is Thursday, December 8, 2011. Limited wireless internet service will be available inside the gymnasium upon request.
All media should contact Gary Fulmer, Tournament Director, by e-mail at gfulmer@richland2.org to request a media credential with the following information included:

- Your media outlet (specify newspaper, Internet site, TV or radio)
-  Number of credentials requested and the name and title of each requestor
- If covering a specific team, the team(s) you will be covering

Before you send your e-mail, please type "Chick-fil-A Classic Credentials" in the subject line of the e-mail.

Columbia Regional Sports Council is a non-profit organization committed to serving as the central clearinghouse for information regarding the sponsorship, promotion, and coordination of sporting events, facilities and associations in Columbia. If you would like additional information, please visit columbiasportscouncil.com or contact Scott Powers at (803) 545-0009.