Moonlight Cemetery Tours
Historic Columbia Foundation's Moonlight Cemetery Tours kick off tonight, April 12 and continue on the second Thursday of the month through September. Join their popular tours of one of Columbia's oldest cemeteries, Elmwood Cemetery. Before dark, study the iconography symbols found on so many of the markers and headstones in this historic cemetery during a 'Secrets from the Grave' tour at 7:30 pm.  Or take a moonlight tour at 8:00 pm or 8:30 pm. Costumed guides will lead you through the cemetery to discuss the lives, burials, cemetery plots, and tombstones of families and prominent citizens from Columbia's 19th and 20th centuries. Event details 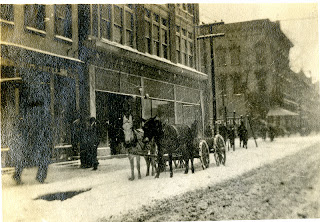 On April 14,  Historic Columbia and OneColumbia will offer two exclusive - and free - tours. The first is a self-guided Arts and Architecture Tour of Main Street with narration. The tour covers three centuries of architectural >Event details and times 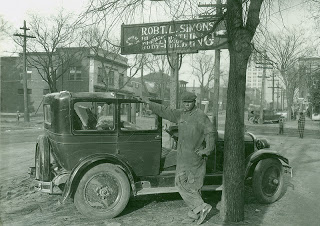 Since its creation in 1786, Columbia has featured a large African-American population whose labor, skills and vision have been integral in the city's physical, spiritual and social evolution. During the course of four centuries the city's black community transformed itself from that of a predominately enslaved population to a society whose members overcame the restrictions of Jim Crow and charted the course of the Civil Rights era. The story of this journey remains today within the home places, work places and resting places of Columbia's African-American community. Event details and times

The 2012 Great Columbia Quest and Contest
60 downtown sites. Pop-up challenges. By foot, bike or car. 3 hours on the clock.

The largest of the upcoming April events is the Great Columbia Quest and Contest, a city-wide scavenger hunt, on April 21 beginning at 10:00 am.
How well do you know your 'famously hot' city? Not as physically demanding as the Mud Run but just as much fun! Intrigued yet? Historic Columbia Foundation is looking for you to take on The Great Columbia Quest & Contest. Competition kicks off on the grounds of the Hampton-Preston Mansion. Teams of two will scour downtown searching for the next clue or challenge, earning points along the way. A variety of prizes, including a $100 cash prize are up for grabs. Event and ticket details