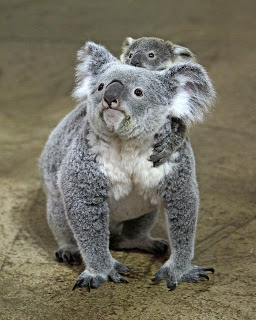 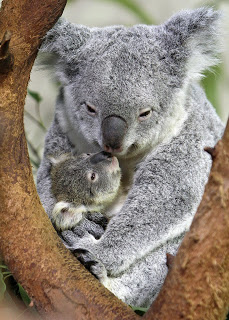 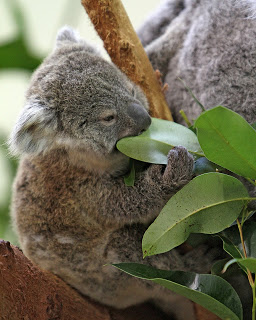 On your next trip to Riverbanks make sure you stop by Koala Knockabout ' you might catch a glimpse of Oliver, the Zoo's newest resident, a joey (or baby koala).

While koalas have a teddy bear-like appearance, they are not a bear at all. Koalas are marsupials, similar to kangaroos; the females have a pouch where they carry their young during development.

Oliver was born in late April 2009 to parents Lottie and Jimmy. The newborn spent nearly seven months developing in his mother's pouch before the keepers even caught a peek at him.

'The keepers observed movement in Lottie's pouch in July, but it wasn't until late October that they got the first look at Oliver's face,' said John Davis, curator of mammals at Riverbanks Zoo and Garden.

When a koala is born it is about the size of a jellybean. It travels through the birth canal to the pouch where it nurses for several months without making a public appearance. As a joey grows, it may stick an arm, leg or even its head out of the pouch for short periods of time before it feels confident enough to come completely out of the pouch.

Now, too large for Lottie's pouch, Oliver spends most of his day perched on mom's back or tucked around her stomach.

Oliver will remain at Riverbanks Zoo and Garden for the next several months while he continues to grow, clinging to the back of his mother. Once he reaches about 12 months, he will be considered mature and weaned from his mother. Ultimately, Oliver will be transferred to another zoo based on breeding recommendations from the Species Survival Plan (SSP).

Oliver is the first offspring for Jimmy and the third for Lottie. 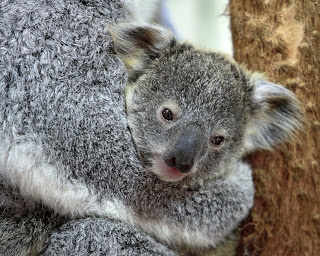 It is the mission of Riverbanks Zoo and Garden to foster appreciation and concern for all living things. Riverbanks is located at 500 Wildlife Parkway, Columbia, SC 29210. The Botanical Garden entrance is located at 1300 Botanical Parkway, West Columbia, SC 29169. The park is open daily from 9am to 5pm, except for Thanksgiving and Christmas day. Admission is $9.75 for adults, $7.25 for children ages 3 ' 12 and free for children 2 and under. Group rates and other discounts may apply. For more information, call Riverbanks at 803.779.8717 or visit www.riverbanks.org.