In honor of its history at the current location, "The Nick" will celebrate 33 years at its "old" home with 33 films - one film from each year the theater has lived at 937 Main Street - August 10 though 26 as a part of the event Saying Goodbye: A Retrospective Celebrating the "Old" Nickelodeon location. 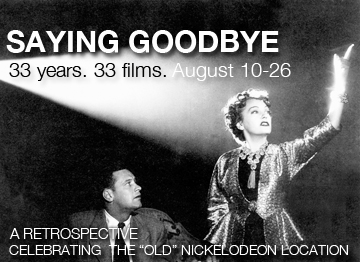 The Nick's new space, located beside Mast General Store on Main Street, will be able to accommodate more moviegoers with a 100-seat theatre on the lower level. A larger, upstairs theatre is anticipated to open in 2013.

Purchase tickets to any of the 33 films online at nickelodeon.org or at the box office (located at 937 Main Street) 30 minutes prior to film if tickets remain. For more information on the Nickelodeon Theatre, visit nickelodeon.org. Keep up with the latest from "The Nick" and look out for grand opening events on Facebook and Twitter.
See you at The Nick!ï»¿