Win the Best Seats in the House at Professional Bull Riders 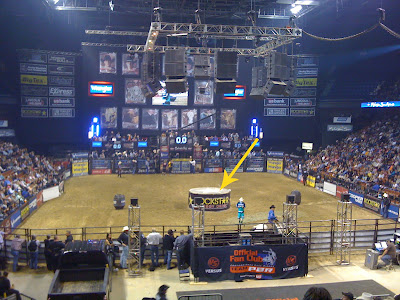 Professional Bull Riders are heading back to Colonial Life Arena here in Columbia, SC this month - March 24, 2012 at 7:30 pm. We're giving away a once-in-a-lifetime opportunity to sit in the best seat in the house, with tickets for four to sit in the shark cage (pictured above) in the center of all the action on the dirt floor with bull bucking around them! We'll loan the winner with a Flip video camera to document their experience and provide them a night at the DoubleTree by Hilton, dinner at Carolina Ale House and two famously hot t-shirts.

The PBR's Touring Pro Division is the new 2011 minor-league tour of the PBR, replacing the Challenger, Enterprise Rent-A-Car, and Discovery Tours. As with the previous minor-league tours, it offers up-and-coming bull riders and riders not competing on the elite Built Ford Tough Series the opportunity to compete in PBR-sanctioned events while earning money to qualify them for the BFTS and the PBR Built Ford Tough World Finals. 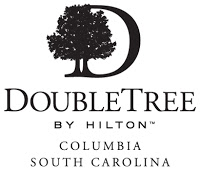